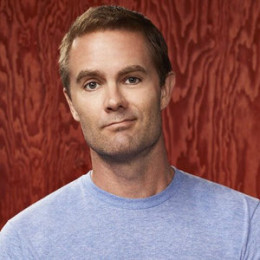 American actor, Garret Dillahunt is currently married to actress Michelle Hurd. He graduated from the University of Washington with a B.A. in journalism and received his M.F.A. in acting from New York University's Graduate Acting Program at the Tisch School of the Arts. Garret has appeared on and off-Broadway and in theaters around the country before he began pursuing film and television roles.

Garret has played many major supporting roles in the famous films, The Believer, No Country for Old Men, The Assassination of Jesse James by the Coward Robert Ford, The Last House on the Left, Winter's Bone, Looper, and 12 Years a Slave. Garret Dillahunt married actress Michelle Hurd. His wife is known for The Glades (2010), Another World (1964) and Law & Order: Special Victims Unit (1999).

Garret got married to actress Michelle Hurd. He is living his life very happily with her so there are no signs of their separation.