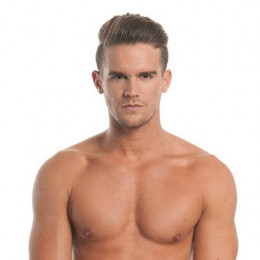 He is a original cast member of the British reality series Geordie Shore, best known on the show as Gaz or Gaz Beadle. This young fellow is the only consistent cast member to have appeared on every hit series of Geordie Shore. Before developing into an international brand, he worked as a tiler. Information regarding his family background, education and his childhood stage are still unknown.

Talking about his personal life, he hasn't married anyone yet and also does not have any child. He is super hot and sexy and has dated a long range of girls till now. He claims by his own that he has have slept with more than 800 girls till now. He hasn't stayed single, as he breaks his relationship with one girl he finds another and so on. Currently he is dating a super hot model.