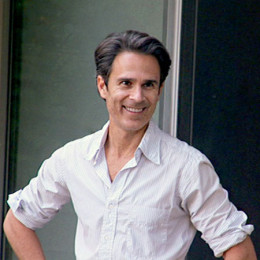 He is an actor, producer and writer, who is known as the executive producer of Will and Grace and the writer for Family Guy. He recently wrote the sitcom Vicious for British television. His birth name is Gary V Janetti. For his work on Will and Grace, he was nominated 3 times for Primetime Emmy Award for Outstanding Comedy Series and for Family Guy, earned a Primetime Emmy Award for Outstanding Animated Program.

Talking about his sexuality, he is a gay. Till now he hasn't married anyone but soon he is going to get married to his long time dated boyfriend with whom he got engaged in 2014. The couple are together from past 13 years and they have a great connection with each other. They are often spotted at various fashion events and functions. He has managed his time to live in both Los Angeles and New York City.