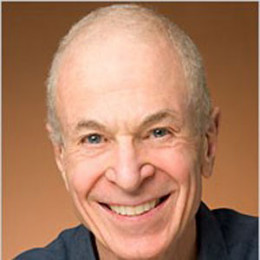 Facts of George A. Hirsch

George A. Hirsch is the founding publisher of New York, The Runner and New Times as well. He is a founder of the New York City Marathon. Moreover, he is the longtime publisher of Runner’s World and was a candidate for United States of Congress and a TV commentator too. Furthermore, George is presently the chairman of the New York Road Runners.

George A. Hirsch was born on June 21, 1934, in New York City, New York, US. He grew up in New Rochelle. He completed his primary level education from public schools in New Rochelle.

George completed BA in history from Princeton University in 1956. After graduation, he moved to Harvard University and earned a Master of Business Administration. Early in his career, he worked on a LAT home ported in Naples, Italy as a naval officer from 1957 to 1960.

From 1962 to 1967, George worked at Time-Life International. During that time, he worked as an assistant publisher for two years. After that, Georgia became a president and publisher for New York magazine. Additionally, he became the first publishing director of Men's Health and director of international magazines.

Hirsch was appointed as a chairman and publisher of La Cucina Italiana from 2005 to 2011, English language edition of Italy’s oldest and largest food and cooking magazine.

He is also the chairman of the New York Road Runners since 2005. He was awarded a lifetime achievement award from the Association of International Marathons and Distance Races, in 2014.

Other than that, he ran as a Democratic candidate for Congress in Manhattan’s Silk Stocking District in 1986, however, he did not win. He was a delegate to the Democratic National Convention in the year 1988. Moreover, he is the member of a board of Salon Media Group since 2000.

The 83-year-old, George is a legend magazine publisher and founder of the New York City Marathon. He married Shay Yandell Scrivner in the year 1989. Their marriage ceremony was held in New York.

The couple has two sons named David and Williams. Their son David is also a married and has a daughter, Cindy.

Hirsch met Shay at the 1988 New Jersey Waterfront Marathon. They were married after a year of dating. His wife died peacefully at home, surrounded by families.

As a magazine publisher and founder of the New York City Marathon, George A. Hirsch has collected a decent net worth from his creative career, which is believed to be more than $7 million. But it is not the official figure.

Shay Yandell Scrivner was a beloved mother, wife, social worker, marathon runner, skier, writer, advocate, hiker, traveler. She died at the age of 66 after living with cancer for 11 years.

David is the first son of George and Shay. He is a married man now and has a daughter named Cindy.

William is the second son of George and Shay.