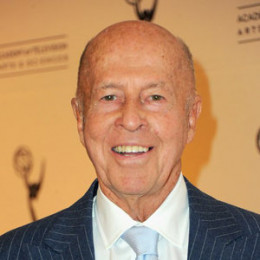 George is film director and screenwriter known for his work on 60s�-70s� movies such as The ugly American, Snow job and more. He acted in episodes of television shows of Lights out and Kraft Theatre in his early career. Son of actress Mabel Albertsson, George is adopted by his step father Ken Englund, has a step brother Patricia Englund. Englund has released two books, �Cloris: My Autobiography� by George with Cloris Leachman. [2009] and �The Way It�s Never Been Done Before: My Friendship with Marlon Brando�[2004].

George is married man and is married twice. He was married to Emmy award winning actress Cloris Lwachmen from 1953 to 1979. They have five children: four sons ,Adam Englund, Bryan Englund, George Englund Jr., Morgan Englund and a daughter Dinah Englund. After their divorce, he married his second wife, actress Bonnie Graves in 1980. She gave birth to his sixth child,son Max who is no longer in this world. This couple is together since their marriage and there is no rumour about their affairs or news about their divorce.

George married Emmy Award whamming actress Cloris Leachman. They met in 1952 in New York City and got married a year later. Their marriage was on-off relation that lasted for 25 years. George and Cloris ended their marriage after George sued Cloris for divorce in January 1958.

After divorce, George tied knot with actress Bonnie Graves. Bonnie gave birth to their son Max. Max died at the age of 11 on February 18,1994 from spinal muscular atrophy.

Adam is the eldest son of George and Cloris. He is an actor and is married to Vicki McCarty since August 19, 1978.

Bryan was second child of George and Cloris and was an actor. He died on 1986 in New York City.

Morgan Englund is the fourth child of George and Cloris. He is known for his work on Carnosaur 3: Primal Species, Not Like Us and Beach Balls.

Dinah Englund is the youngest only daughter out of five child of George and Cloris.was born on January 16, 1966 in the USA. She is an actress known for her work on Titanic, The Migrants and Crazy Mama.

Max was first child of George and his second wis Bonnie. He died at the age of 11 from Spinal muscular atrophy.