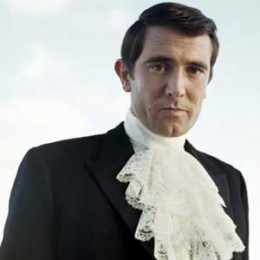 George Robert Lazenby is an Australian actor and former model who is famous for being the second actor to portray James Bond in the 1969 film On Her Majesty's Secret Service, which made him the youngest actor to play the character of James Bond. He is also a businessman and real estate investor. He married twice and had total six children from both marriages. His son from first marriage died of brain tumor.

George Robert Lazenby known as George Lazenby, am Australian actor and former model, was born on September 5, 1939, at Ovada Private Hospital in Goulburn, New South Wales, Australia to father George Edward Lazenby, a railway worker and mother Sheila Joan Lazenby, who worked at Fosseys. He was raised along with his sister Barbara.

He went to Goulburn Public at a young age and graduated. When he was 14, he moved with his family from Goulburn to Queanbeyan, where he worked as a car salesman and mechanic. He also served in Australian Army.

In 1963, Lazenby moved to London, following the woman, he was in love with. He worked in London as a used car salesman, where he was noticed by a talent scout, who suggested him to become a model. Soon George started working in several commercials and product ads. He was famous for an advertisement for Big Fry Chocolate. He became the Top Model of the Year in 1966.

In 1969, he was cast to portray James Bond, in the film “On Her Majesty Secret Service,” which made him the youngest actor to portray the character. Lazenby was also the only Bond actor to receive Golden Globe for his performance, in the category of New Star of the Year.

After, rejecting another Bond film, he moved into business and became a real estate investor. Later, he performed in several movies and television series.

George Lazenby is a married man. He has married twice till date. He first married his girlfriend for three years, Christina Gannet in 1973. However, the couple ended their 22 years relation in 1995. Lazenby has two children with Christina, named Zachery and Melaine. Their son Zachary died of the brain tumor when he was 19.

In 2002, Lazenby married Pan Shriver, a former tennis player in 12th June 2002. They ended their relation in August 2005. They have three children together George Samuel, Caitlin Elizabeth, and Samuel Robert.

George is currently living a single life with his kids.

The famous actor, who portrayed the James Bond character, George Lazenby, he has earned numerous fans. As being a former model, actor and businessman his net worth is estimated around $100 million.

George Lazenby, the famous actor, and former model was married to Christina Gannet. The had two children together. The couple later divorced in 1995.

George Lazenby was married to Pan Shiver, the former tennis player in 2002. They have 3 children together. Later they ended their marriage on August 2005

Zachery was the first child of George Lazenby from his first marriage with Christina Gannet. Unfortunately, Zachery passed away at the age of 19 due to a brain tumor.

Melaine is the second child of the famous actor and former model George Lazenby from his first marriage with Christina Gannet.

George Samuel is the third child of George Lazenby from his second marriage with Pan shiver.