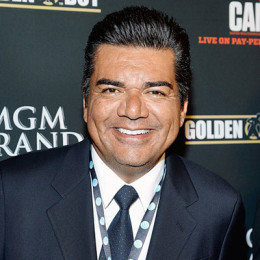 George Lopez was married to his longtime sweetheart Ann Serrano. The couple has a child together named Mayan Lopez who is also an actress. But the two decades long married relationship between didn't work out well and the couple filed for divorce.

It has already been more than 5 years that the couple is divorced but no-one knows if he is dating anyone or not. It seems like he wants to keep a very low profile.

George Lopez holds an estimated net worth of $45 million.

George Lopez was born on April 23, 1961, in Mission Hills, Los Angeles, California, U.S. He is son to Frieda and Anatasio Lopez. He is of Mexican descent.

Lopez completed his high school from San Fernando High School. He started his career as a host for the morning radio show in Clear Channel Communications which is located in Los Angeles.

Then he was approached by actress Sandra Bullock and gave him break into TV stardom with her own production company. He owns a philanthropic organization which is known as "The Lopez Foundation".

Together they are parents of a daughter. According to the source, he filed divorce against her saying "irreconcilable differences" is the reason behind their divorce.

She is the only daughter of him. Currently, she lives with her dad. She is very adorable.