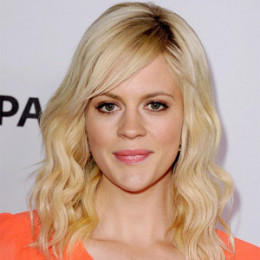 A Scottish actress, Georgia King is currently married to Thomas Wein since 2015. She was in a relationship with actor Bradley James from 2010 to 2013. Georgia King is best known as "Goldie", a surrogate mother in the American sitcom "The New Normal". She was born to an actor Jonathan Hyde and opera singer Isobel Buchanan as her mother. Georgia King attended Exeter School, a private school in Exeter, Devon. Georgia King began her first acting role at age of 20 on the mini-series "Jane Eyre" in 2006.

She also performed in One Night in November at the Belgrade Theatre in Coventry, from October to November 2010. She appeared as Princess Elena in the episode "The Changeling" of the third series of the BBC's Merlin. Georgia King began to date English actor Bradley James in 2010. But the couple did not continue their relationship and they broke up in the year 2013.Currently, she is married to Thomas Wein since 2015.

Georgia King is currently married toThomas Wein since 2015. The couple seems to be very happy with each other so no signs of separation.