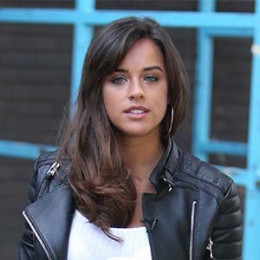 Facts of Georgia May Foote

An English actress and model, Georgia May Foote graduated from Elton High School in Bury and later attended the Bury College. She is popularly known for playing Alison Simmons in the BBC school drama series entitled 'Grange Hill' from 2005 to 2008 and Katy Armstrong in the ITV soap opera 'Coronation Street' from 2010 to 2015. Foote signed a modeling contract with 'Select Model Management' in October 2014.

Georgia May Foote has also appeared as a guest and contestant on shows such as "Fake Reaction," "All Star Family Fortunes," "BBC Breakfast," "Celebrity Juice" and "Loose Women." Foote was in a relationship with Sean Ward from May until December 2015; they met on the set of 'Coronation Street' (1960). She also had an affair with Giovanni Pernice from January until August 2016; the couple met when they were partnered on 'Strictly Come Dancing '(2004). She was dating model, George Alsford, two months after her break-up with Giovanni Pernice.