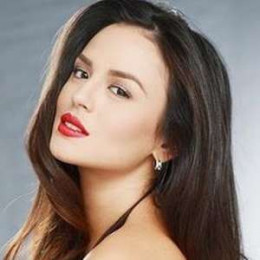 Georgina Wilson is a Filipino-British actress, model, host as well as endorser, and VJ. She is the daughter of Aurora Diaz and Robert Wilson. Wilson gained a degree in Commerce from the University of Sydney. When she graduated, Wilson was cast in a Pond's commercial that aired in mid-2004. After which, she received more modeling and acting offers. Wilson hosted the third cycle of the reality show "Asia's Next Top Model"

Georgina Wilson dated Richard Gutierrez in 2005 and broke up in 2007. She also dated Erwan Heussaff in 2008 and began dating Borgy Manotoc in 2010 but the couple ended their relationship in 2015. Georgina Wilson married  businessman and hotelier, Arthur Burnand on 30 April 2016 in Winchester, England. In August 2016, she and her husband announced that they are expecting their first child.

Georgina Wilson married to Arthur Burnand on 30 April 2016 in Winchester, England. She is living her life happily so there is less chance of separation.