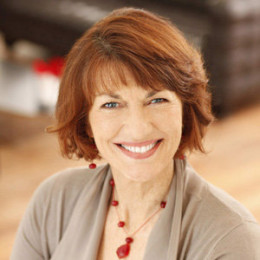 An Australian journalists and radio, television host, Geraldine Doogue is a married person. She married to ABC executive Ian Carroll. Geraldine husband died from pancreatic cancer on 19 August 2011. She received a United Nations Media Peace Prize as well as two Penguin Awards in a category for ABC TV's coverage of the Gulf War. Geraldine is a host on ABC TV program named Compass as well as Radio National.

He first married to Tim Blue. The couple has two children. There is no information about his personal life in social sites.

She married to ABC executive Ian Carroll. Geraldine husband died from pancreatic cancer on 19 August 2011.There is no information about there children in social sites.

The couple has a daughter named Eliza Harvey ,she is an ABC journalist based in Sydney.