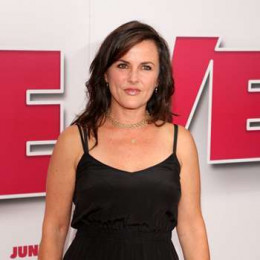 Gia Carides is an Australian actress, who is known for her portrayals as Liz Holt in Strictly Ballroom, Susy Connor in Brilliant Lies, and Cousin Nikki in My Big Fat Greek Wedding.

Concerning Gia Carides' personal life, she was married to actor, Anthony LaPaglia in 1998. After being together for 17 years, she filed for divorce and citing irreconcilable differences, they divorced in 2015.

The duo first met in Sydney in the year 1992. Moreover, they share daughter Bridget (born in January 2003).

Gia Carides was born on 7 June 1964 to a Greek father and an English mother.

Carides began her acting career at the age of 12 and her first film was the hard-hitting drama The Love Letters from Teralba Road starring Bryan Brown and Kris Macquade.

He is the first husband of Carides, who is an Australian television actor. The couple has raised a daughter together.

She is the only child of Carides, who was born safe and healthy on January 2003.