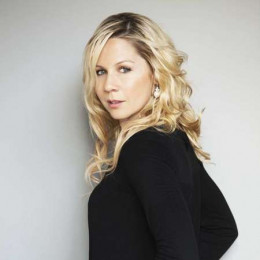 Actress and recording artist, Gigi is well known to the public for playing Chiana on the science fiction TV series Farscape and Lara Knight in Rescue: Special Ops. She was on the cover of 2003 FHM magazine and in 2001, she appeared nude in the Issue 49 of the popular Australian magazine Black+White. She was born to Jeni Edgley and Michael Edgley, concert and circus promoter. In 1998, she graduated with a Bachelor of Arts degree from the Queensland University of Technology.

Gigi Edgley was born on 16 November 1977 in Perth, Australia to concert and circus promoter Michael Edgley and Jeni Edgley.

She received a Bachelor of Arts degree from the Queensland University of Technology. She is skilled in ballet, character, jazz dance, singing, and martial arts.

She started her career in several TV and movies including the popular Australian series Water Rats and movie The Day of the Roses.

Edgley is best known for her performance as Chiana on the series Farscape and Lara Knight in Rescue: Special Ops.

Moving on to her personal life, she is a married woman. Her personal life is sweet and simple. She has been enjoying her marital relationship with her longtime dated boyfriend turned husband Jamey Mossengren since 2012.

The couple tied the knot in a grand ceremony on 17 August 2012. Enjoy the wedding video over here:

Edgley was in her early 20s when she started dating her husband. The couple does not have any kids yet. To stay connected to her we can follow her on Twitter @GigiEdgley.

He is the world champion unicyclist and performer, with whom Edgley got married in 2012 in Hawaii.