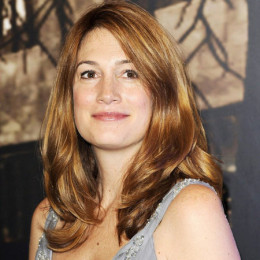 She is screenwriter, writer and producer, best known for Gone Girl. Sharp Objects, Dark Places, and Gone Girl are some of her thriller novel which has been already published. She is daughter to Judith Ann and Edwin Matthew Flynn. She attended Bishop Miege High School and under graduated in English and journalism from University of Kansas. In starting of her career, she worked as writer of trade magazine for human resources professionals. She is also known as former television critic for Entertainment Weekly.

Exploring her personal life she is already married with her longtime boyfriend who is professionally a lawyer. There has been no rumor or gossip of any kind of extramarital affair and divorce from both sides which suggest that both of them are very faithful to each other. According to Gillian, her husband is very supportive. Together they are parents of two children consisting one son and a daughter.

They first met each other in Northwestern. They are very cute and happy couple, blessed with two children. Together the family resides in Chicago.

He is the eldest child of the family. His picture along with family can be found in different sites.

She is very beautiful and gorgeous. She resembles more like her mother.