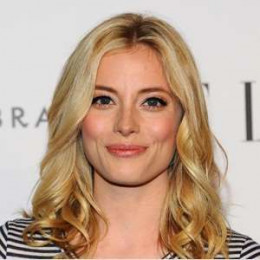 Gillian Jacobs is an American actress known for portraying Britta Perry on the NBC/Yahoo! Screen comedy series “Community”. She was born to director Martina Magenau Jacobs mother and a banker William F. Jacobs Jr., father. She studied acting at the Juilliard School, in New York City, graduating in 2004. Gillian started acting at the Pittsburgh Public Theater and competed in an annual Shakespeare Monologue Contest.

She made her New York stage debut in 2006 in "Cagelove". Jacobs has appeared in theatrical productions such as The Fabulous Life of a Size Zero, The Little Flower of East Orange, A Feminine Ending. Gillian Jacobs has also appeared in films such as Blackbird, The Box, Gardens of the Night, Choke and Don't Think Twice . Gillian Jacobs is possibly single and has not revealed her personal life on mass.