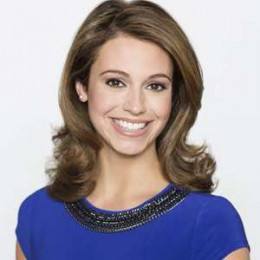 Television personality, Ginger Zee is the current weather news anchor on ABC's Good Morning America (GMA). Besides GMA, she is famous for appearing on various ABC's programs and serving as the Chief Meteorologist for ABC. She is the daughter of Robert O. "Bob" Zuidgeest and Dawn E. Zuidgeest-Craft. Zee developed an interest in anchoring weather news from her high school days and was once invited by The Today Shows weekend edition as the fill-in guest meteorologist while she was working for WMAQ. She received Bachelor of Science degree in meteorology from Valparaiso University, Indiana. In addition, Zee is a certified broadcast meteorologist

Ginger Zee is married to her long-term boyfriend Benjamin Aaron Colonomos or simply Ben Aron. Her husband is a famous media personality working for WNBC-TV New York. Their wedding took place in Michigan on 7 June 2014. Zee’s wedding was covered by many magazines and tabloids. An exclusive interview related to her dramas and actions in her wedding is also covered by an online magazine mlive.com. The couple is blessed with one son and lives happily with no signs of divorce till date.

In August 2013, Zee announced her engagement with Ben Aaron. The couple ties a knot in Petoskey, Michigan on 7 June 2014. On 29 June 2015, Zee announced on Good Morning America that she and Ben are expecting their first child in December.