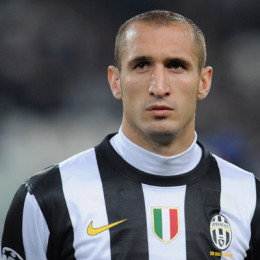 He is an Italian professional football player, currently playing for the Serie A club Juventus and in the Italian national football team as a centre back wearing jersey number 3. He is known for his aggressive shots and physical strength in the game. He is the vice captain of the club Juventus. He started his youth career at Livorno in 1990 and made his debut from the same club in 2000. He began serving in the National team of Italy since 2004.

He is a married man. He is married to his long time girlfriend. He has no any children till date. He loves his wife very much and has been loyal and faithful to her ever since. He is not been seen any of the rumor related to his affairs or dating or with any other woman. He is living happily with his wife. He is rumored in the transfers during the transfer seasons.

She is his long time girlfriend and now his wife. They got married at a private Catholic ceremony at the Sanctuary of Montenero in Livorno. They have no any child yet.