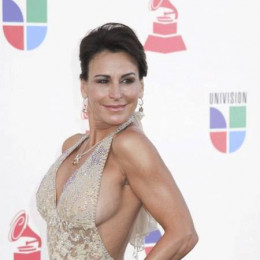 A Mexican-American television journalist who is widely known for her work in several CBS and NBC news programs. She was born to catholic father and Jewish mother. Though she was born in Mexico she was brought to east Los Angeles when she was four years old. She graduated from Jewish mother and obtained B.A. in Journalism and Government. She started her career in television from KRDO in Pueblo and also in KEYT-TV where she worked as television reporter. In 1991 she joined CBS channel as worked as correspondent anchor. Later she moved to NBC where she got rare opportunity to interview Cuban president Fidel Castro. For her journalistic work she has been awarded with numerous Emmy Awards.

She was involved in controversy while she was working in Chicago when she went boating with a most wanted drug dealer John Cappas and led him to arrest by federal agents. Talking about her personal life she has already been married. But after the relationship didn't work well she filed the divorce against her husband which is yet to be finalized. And before marriage she was engaged to her former lover but after his demise due to cancer she married her present husband. She has not yet been a biological mother.

Professionally he was former CEO of Panavision, Inc. After more than a decade of their marriage relationship she filed divorce against him but it has yet to be finalized.