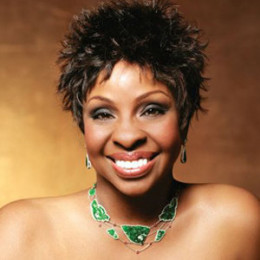 Gladys Maria Knight known as the "Empress of Soul", is an American singer–songwriter and actress. A seven-time Grammy Award-winner, Knight is best known for the hits she recorded during the 1960s and 1970s. She won a small-time TV contest when she was seven, giving her family confidence to start up The Pips. She is the daughter of Merald Woodlow Knight, Sr., a postal worker and Sarah Elizabeth. In 1976 Knight made her acting debut as the lead in the film Pipe Dreams for which she was nominated for a Golden Globe Award for New Star of the Year

Knight has been married four times and has three children. At first, she married her high school sweetheart, James Newman. They had one son. She retired from the road to raise their child while the Pips toured on their own. James and Knight divorced in 1973. In 1974, Knight married producer and Blackground Records founder Barry Hankerson, who is the uncle of the late R&B singer Aaliyah, in Detroit. Around 1977, they relocated to Atlanta. The couple had one son and divorced in 1981. Knight married motivational speaker Les Brown in 1995, but they separated and divorced in 1997. Finally, for the fourth time, Knight married her husband, William McDowell.

Gladys Knight was born on 28 May 1944 in Atlanta, Georgia to Sarah Elizabeth and Merald Woodlow Knight Sr.

Knight is renowned for her records during the 1960s, 1970s and 1980s for the Motown and Buddah Records labels. She worked with her brother Merald "Bubba" Knight and her cousins William Guest and Edward Patten.

Her singles 'That's What Friends Are For' and 'Midnight Train to Georgia' peaked at number one in the Billboard Hot 100. 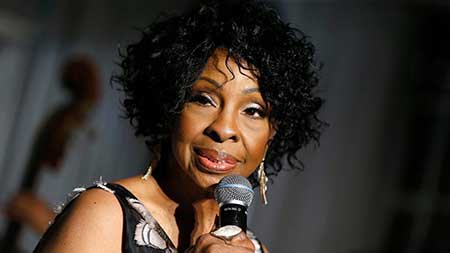 She was inducted in the Rock and Roll Hall of Fame along with The Pips. She received seven Grammy Awards in total.

She is also listed on Rolling Stone magazine's 100 Greatest Singers of All Time.

Knight has an estimated net worth of about $28 million at present.

Knight has been married four times in total. She became pregnant at the age of 16. She married musician James "Jimmy" Newman in 1960. She had a miscarriage but the couple shares two children James Newman III and Kenya Newman.

Newman became a drug addict and he abandoned his family when she was just 20. The couple divorced in 1973 and he died few years later their separation.

Knight married Blackground Records founder and producer Barry Hankerson in 1974. The couple welcomed their son, Shanga Hankerson but the couple divorced in 1979. They had a prolonged custody battle for their only child.

She tied the knot to motivational speaker Les Brown in 1995 but the couple divorced and separated after two years of marriage.

She was trapped in a miserable condition when she had a gambling addiction. The issue lasted for more than a decade and finally ended in the 1980s when she lost $60,000 in a single night.

Her son Jimmy Newman worked in his Newman Management Inc. until his death from heart failure in July 1999.

For the first time she married her high school sweetheart, They had one son. But due to their personal conflict they moved apart.

Knight married producer and Blackground Records founder Barry Hankerson. The couple also had one son, Shanga Hankerson, and divorced in 1981.

As a third husband Knight married motivational speaker, Bandleader and composer Les Brown but they separated and divorced in 1997.

For the fourth time in her life she was married with this guy. Now the couple seems to be living a happy married life.