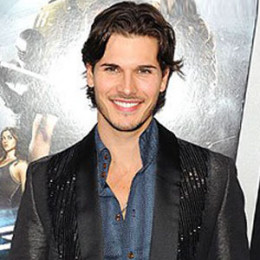 A Russian dancer and choreographer, Gleb Savchenko previously performed in the UK, Australian, and Russian versions of the'Dancing with the Stars' show is a married man with one daughter and next one on the way.

Before being a renowned dancer, he established himself as an actor and model starring in the advertisement for Coca-Cola and Gillette.

Gleb began his dance career at the age of eight. He left home at the age of sixteen to pursue his dreams. He worked as a choreographer on a TV show called 'So You Think You Can Dance.'

He joined the Australian version of 'Dancing With the Star's in 2012, also participated in the 12th season of the show where he and his partner Erin McNaught placed 11th.

Savchenko appeared in the 16th season of the US version of 'Dancing With the Stars' with Lisa Vanderpump finished in the 10th place.

He joined the Russian version of DWTS with his partner Adelina Sotnikova, a Russian figure skater. In 2015, teamed up with Anita Rani for the 13th season of 'Strictly Come Dancing'. They couple were eliminated during the semi-finals of the competition, finishing in fifth place.

Before becoming a member of the DWTS family, he worked in North Carolina with DWTS pro-Karina Smirnoff and in Times Square studio with pro-Cheryl Burke.

Savchenko quit his role on 'Strictly Come Dancing' after joining the show for its 13th season in 2015.

He featured as a model for Dolce & Gabbana and walked the runway for other famous designers. He also was a contestant on Celebrity MasterChef in 2016.

Gleb participated in the Dancing with the Stars US version show. He partnered with Jana Kramer. The pair's performance grabbed the attention of many fans worldwide. They reached the finals but they finished fourth.

The Russian-born Pro teamed up with Real Housewives of Beverly Hills star Erika Jayne in the 24th season of Dancing with the star and finished in 9th place.

Apart from dancing Savchenko enjoys riding motorcycles and going to the beach. He has also put together his own sexy calendar for 2017.

The couple met in a dance studio in Moscow, and gradually became friends. They officially started dating in 2006, and they have an adorable daughter together named Olivia Savchenko, who was born in Hong Kong.

As per the rumors in 2016, it said the couple was having problems, but it was later proved false by a source close to him who said that the problems were purely based on geography.

The couple's second child is due to be born this year. Unfortunately, information regarding their marriage ceremony and marriage date is not known yet.

Networth
Gleb earns a good amount from all the TV shows which accumulated a net worth of $1.5 million.

Gleb Savchenko married fellow dancer Elena Samodanova, the DWTS Russia judge.The couple has one daughter and recently in March 2017 announced that they are expecting a second child.

The couple has a 4-year-old daughter called Olivia Savchenko.