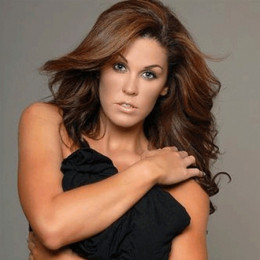 Glenda Gilson is an Irish television presenter as well as a model. There is no any information about her family as well as early life. In 2002 she had represented Ireland in the Miss Hawaiian Tropic and also won the title. After her success she has got chance to appear in the pages of Company, Cosmopolitan and Marie Claire. She has interviewed many celebrities including Cameron Diaz, Justin Timberlake, Tony Bennett, Matthew McConaughev, Michael Buble etc.

She is a married woman. She is married to a businessman. In an interview with RTE Guide in February 2015, she had revealed that she is now ready to start a family. But before her marriage, she had an affair with an Irish rugby captain. But due to some reasons, they broke up. She loves her husband very much and planning to have a baby as well.

Rob MacNaughton is a businessman. She loves her husband very much and recently in an interview she had stated that she is ready to become a mother.