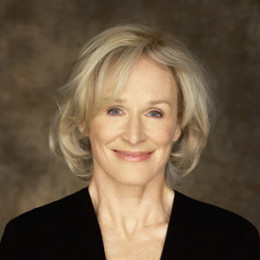 Close also has a romantic affair with John Strake from 1987 to 1991 with whom she has a daughter named, Annie Strake.

Glenn Close has an impressive net worth of $50 million and all thanks to her acting career.

Glenn Close was born on March 19, 1947 (age 72)
in Greenwich, Connecticut, the U.S. to Bettine Moore Close and William Taliaferro Close. Close began her professional stage career in 1974 in Love for Love and was mostly a New York stage actress through the rest of the 1970s.

She made her debut film performance in The World According to Garp which earned Close her first Oscar nomination. Close has also hosted Saturday Night Live in 1989 and in 1992.

From 1969 to 1971, Close was married to Cabot Wade, a guitarist and songwriter, with whom she had performed during her time at Up with People.

She was married to businessman James Marlas in 1984. This married life also lasted for only three years and they finally got divorced in 1987.