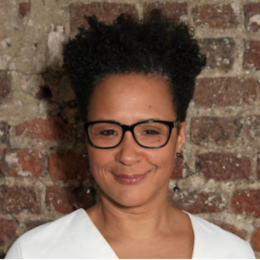 Golda Rosheuvel is a British actress best known for her appearance in Luther, Lady Macbeth, and Silent Witness. People have also recognized Rosheuvel for playing in the Netflix series Bridgerton.

Actress Golda Rosheuvel is openly a lesbian. And, she has not been married but is in a live-in-together relationship with girlfriend Shireen Mula. Her alleged partner Shireen is a professional writer. However, the duo has embraced a low-profile lifestyle despite being a public figure. 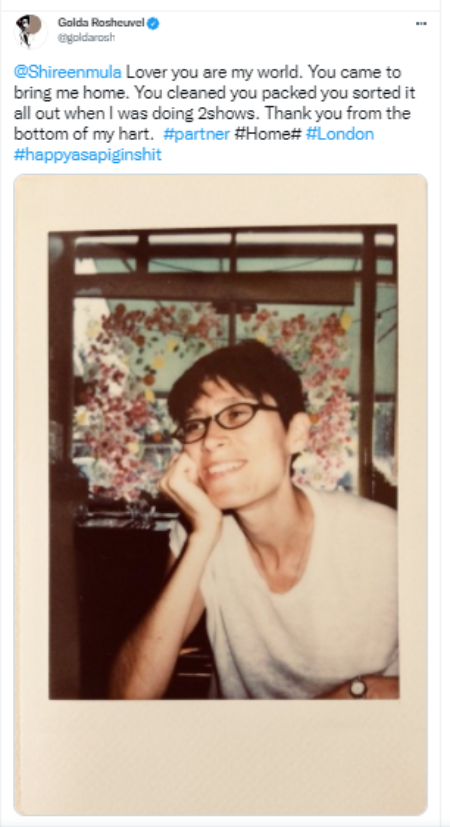 Further, back in July 2015, Roshuevel tweeted a post dedicated to her partner Shireen. She wrote, "Shireenmula lover, you are my world; you came to bring me home. You Cleaned, packed, and sorted it all out when I was doing shows. Thank you from the bottom of my heart."

To be precise, Roshuevel prefers keeping her partner away from the media limelight. To date, she has remained tight-lipped when it comes to personal life. Currently, the lovebirds of Golda and Shireen reside in London.

Roshuevel, a British actress who portrays Queen Charlotte in Netflix's hit series Bridgerton talks about the value of black representation in the series. In the series, Charlotte can be seen wearing different incredible wigs.

She has a complex character of a lady who loves gossip, parties, balls, love being in charge of the hierarchy, and points out society's pulse. Behind closed doors, Queen Charlotte deals and copes with what the love of her life, Mr. King George III, has been through.

What is Golda Rosheuvel's Net Worth?

Roshuevel has summoned an estimated net worth of $1 million as of 2021. Undoubtedly, she earned those fortune from her decade-long career as an actress. She makes over $50,700 annually, which is the basic salary of an experienced actress.

Golda Rosheuel is not a new face to TV shows and movies as she has spent over three decades as an actress. She won the hearts of many, portraying the character of Queen Charlotte in Netflix's hottest tv series Bridgerton with Jonathan Bailey, who plays Bridggerton's oldest child.