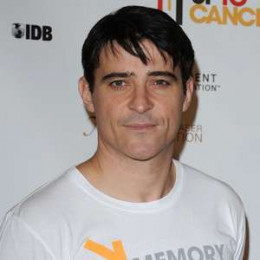 Goran Visnjic is a Croatian-born American actor, known best for his appearances in several British and American films and television productions. In the United States, he has been noted for his role as Dr. Luka Kovac on the NBC medical drama ER. He was born to a bus driver father, Željko and mother, Milka who worked in a market. Goran was interested in acting since a very small age and thus appeared in several plays as a child.

Goran Visnjic made his debut on screen at the age of 16. He appeared as Ustasha in the highly controversial film of Yugoslavia, "Braca po materi". Goran also worked in the Yugoslav army and later on the Croatian Ground Army. His other endeavors include acting in films like Close Your Eyes, Long Dark Night, Helen, Beginners, Ice Age, The Last Will etc. Goran is currently married to Ivana Vrdoljak and has two children.

He later dated Ivana Vrdoljak and married her in 1998. She is an artist and a sculptor and the daughter of director Antun Vrodoljak.

Vivien Sofia is the son adopted by married couple of Goran Visnjic. He is just too young and was born on 2009.

She is the daughter they have adopted in 2012. They wished they have a son and a daughter in a family and they made it possible by adopting the children.