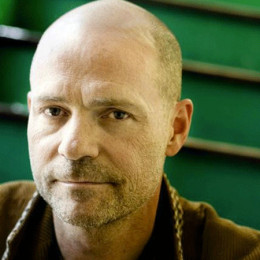 Gordon Edgar Downie is a Canadian musician, songwriter and singer, best known as the lead singer of the rock band The Tragically Hip. In early 2001, he released his first solo album "Coke Machine Glow" and since then he released two solo albums: 2003 album Battle of the Nudes and 2010 album The Grand Bounce in 2010.

Gordon Downie was married to  Laura Leigh Usher who is a breast cancer survivor. The couple shared four children. The dup split in 2015 before Downie's cancer diagnosis.

Gordon Downie died at the age of  53 in Toronto on October 17, 2017, due to glioblastoma a type of brain cancer. Next, morning, the surviving members of the Tragically Hip made the news of his death public.

Gordon Downie had an estimated net worth of $10 million.

Gordan Downie was born on  February 6, 1964, in Amherstview, Ontario, Canada. He is a 1982 graduate of Kingston Collegiate and Vocational Institute.