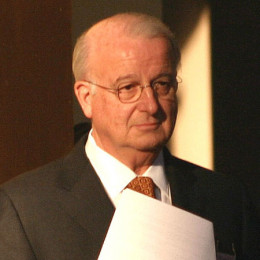 An American renowned broadcast journalist who is widely known for news anchor of Washington, D.C. based television. He graduated from College of the Holy Cross. He started his career as a news director for AM radio station WNEB. For most of his career he worked for Washington, D.C. local news stations. He worked for CBS-affiliated WUSA for almost three decades. He was working for 6 PM news at ABC affiliate WJLA-TV before he announced his retirement in 2014. He has won no. of Emmy Awards during his career.

Talking about his marital status he is a happily married man. His wife is also a veteran television news anchor. Together they look perfect for each other. Beside her there has been no report of him having any relationship with anyone. Till now the couple hasn't disclosed any information regarding their children. It seems like couple wants to keep their children identity private.

She is also a news anchor. Her photo along with him during different functions and ceremonies can be found in various sites.