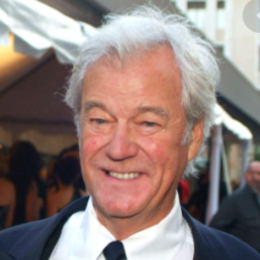 Gordon Pinsent is a Canadian actor, writer, director, and singer best known for his work in several productions, including Away from Her, The Rowdyman. Gordon has been in the entertainment field since 1957.

Gordon Pinsent is possibly single as of now. Previously, he was married to Canadian actress Charmion King in November 1962. Charmion hailed from Toronto, Ontario. King had been a part of the country's well-known theatre and television industry in the 1950s. 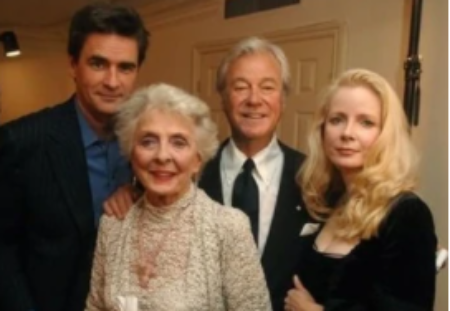 Pinsent met King during his early theater days. Gordon has a daughter, Leah Pinsent, from his marriage to Charmion King. Charmion gave birth to a daughter Leah Pinsent on 20 September 1968 in Toronto, Ontario.

Charmion King's Cause of Death

Charmion King lost her life on 6th January 2007 at eighty-one in Toronto. She died because of complications from emphysema. Charmion lived with her husband Gordon for forty years until her death.

The couple's only child, Leah Pinsent, has pursued the footsteps of her dad Gordon Pinsent. Leah is a fine writer and actress known for April Fool's Day, The Bay Boy, and The Industry. Lah has been married twice and divorced.

Well, Leah has been married to Peter Keleghan since December 2001. Before Keleghan, Leah Pinsent exchanged vows with Michael Capellupo on 14 October 1991 before they separated on 1st November 2002.

Pinsent's first marriage was to a lady named Irene Reid in 1951. They lived together as husband and wife for a couple of years but never revealed the separation in public. 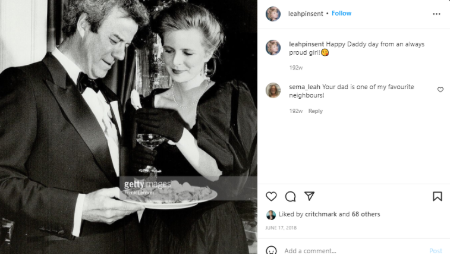 Gordon Pinsent raised two kids - a son and daughter (Barry and Beverly Kennedy) from a past marriage in the suburbs of Canada. It seems like Gordon separated from his first wife Irene Reid somewhere in the 1960s. Followed by the split, the ex-pair was never spotted together again.

Gordon Pinsent started acting at the age of 17 in the 1940s. Soon, he landed roles in radio drama on the CBC and later jumped to television and movies. Gordon Pinsent lived in the hearts of millions for landing roles in numerous productions like Away from Her, John and the Missus, Due South, The Red Green Show, A Gift to Last, and The Rowdyman.

Back in the 1950s, Gordon once took a break from acting to join the Canadian Army. Besides, Pinsent provided the voice of Babar the Elephant. Furthermore, Gordon served approximately four years as a private in the Royal Canadian Regiment.

Be sure to check out Marriedwiki for more interesting celebrity biographies.

Irene Reid was the first wife of Gordon Pinsent. They tied a knot in 1951 and separated in 1960 due to personal issues.

Leah Pinsent is the third child of Gordon Pinsent with Charmion King. Leah is currently 53 years old. She does not have siblings.

Barry Kennedy was born in 1952 as the first child of Gordon Pinsent and Irene Reid. Barry has a sister named Beverly.

Beverly Pinsent is the second child of Gordon Pinsent and Irene Reid. Beverly has a brother named Barry.