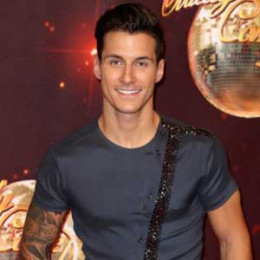 Audiences know Gorka Marquez, a talented Spanish dancer, choreographer, from the BBC dance show, Strictly Come Dancing. He is one of the talented, diversified and a dashing dancer of Spain. His current relationship status is single after the breakup with his fiancé, Lauren Sheridan. Gorka is very dedicated and determined towards his career than other things. His outstanding dancing grabbed numbers of ladies fans and followers.

Born on 4th September 1990 in Bilbao Spain, Gorka was interested in dancing from very young age. Later on, in 2010 he participated in the World Latin Champion and was also a semifinalist of the 2012 WDSF World Cup.

Gorka dedicated to dancing right from his childhood. But he came to the limelight after being a professional dancer in the BBC ballroom dancing show, Strictly Come Dancing in 2016 for its 14th Season. During the show, Marquez partnered with several ladies including- Tameka Empson (an actress of EastEnders and eliminated after week 3), Brendan Cole (couldn't compete till end due to her illness) and Anastacia (replacement of Brendan Cole). He was also the lead dancer of Burn the Floor.

On 19th November 2016, he was returning to Blackpool after finishing the live dancing show, a gang of yobs brutally beat him. On that day he had given a spectacular performance. He had his teeth bashed. After that, he went through a serious dental surgery from which he got his teeth back.

The news reported the attack to be a planned one, but the culprits were never found.

The talented, Gorka was in relation with Lauren Sheridan. Lauren is a trained dancer in different styles including- Jazz, Contemporary and Ballet too. The couple got engaged during the summer and were planning to get married soon.

But unfortunately, they separated and canceled the plan of the wedding few weeks before Gorka was attacked. When Gorka was in the hospital for the surgery, his ex-fiancé was not there with him. Lauren no longer wearing the engagement ring which was noticed by the audiences as well as media too. So, currently, the handsome hunk is single.

The dancer, Gorka might have an estimated net worth in 6 digits figure. He is earning much from the dance shows. Gorka has 29.6k followers on Instagram and 19.9k on Twitter.