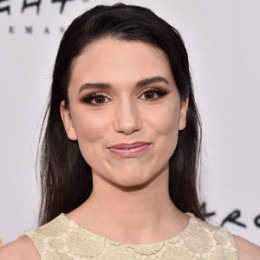 Grace Fulton is an American actress, well known for portraying Young Melinda Gordon on Ghost Whisperer, Haley Farrell in Bones, and Young Natalie Wood in The Mystery of Natalie Wood.

Grace Fulton was born on 17 July 1996, in the United States of America. She has a brother Soren Fulton, an actor. In her early days, she trained to be a professional ballerina.

In the year 2011, she joined Royal Ballet School and spent her whole summer in London. Returning to a career in cinema Grace attended RADA's Summer Intensive 2014.

After that, she began appearing in numerous tv series including, Home of the Brave, Back When We Were Grownups, Ghost Whisperer, Bones, Revenge.

She has also made her appearance in popular movies like Badland, portraying Celina Rice, Journey to Abbadon, appearing and her recent appearance in movies includes Painted Horse and Annabelle: Creation.

Grace Fulton is currently single. She has crossed her teenage and is yet to make a boyfriend.

Grace Fulton makes a decent amount of money from her acting career, as she is a young actress and is a rising star. Currently, her total net worth is estimated to be $600,000.