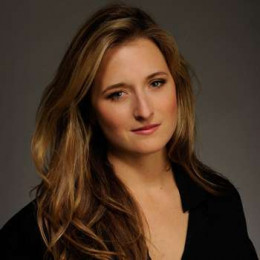 Grace Jane Gummer is an actress, who is known for her roles on the HBO series The Newsroom, the FX series American Horror Story: Freak Show and on the CBS series Extant. She received a Theatre World Award for her Broadway debut in the 2011 revival of Arcadia. She is born to actress Meryl Streep and sculptor Don Gummer. In 2008, she graduated from Vassar College, majoring in Italian and art history.

When it comes to her personal life, she has been a bit of low profile. As she is so gorgeous and popular, she might have dated a long list of men till date but there is no record of it. She is very reluctant in terms of her relationship status. She does have a boyfriend who according to her is a member of a musical band, but detail about him has not been disclosed to the media yet.