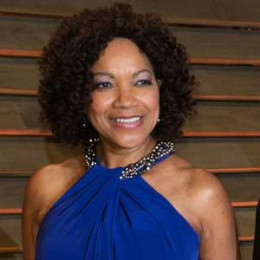 Grace Hightower is an American Philanthropist, Socialite, actress, and singer. Though she was born in a low-income family, she worked in several places to support her family. Hightower has played in few movies and sang soundtrack for movies. She is married to an American actor, Robert De Niro. Her marriage was once at risk and couple filed for divorce but later they changed their mind. Grace has two children with the actor.

Grace Hightower De Niro, known as Grace Hightower is an American Philanthropist, Socialite, actress, and singer, born on April 7, 1995. She is of African-American and Blackfoot descent and grew up in Kilmichael, Mississippi, the United States in a poor family.

To support her family, she worked in many places including being a flight attendant for Trade World Airlines and a mutual fund trader and restaurant worker. She has also attended several acting classes to upgrade her acting qualities.

Grace Hightower began her acting career by doing a small role in an American drama film Precious in 2009, where she worked along with co-star Gabourey Sidibe, Mariah Carey, and Paul Patton. Repeatedly in 2012, she landed a role alongside Nicole Kidman and Zac Efron in the American drama film The Paperboy. She also sang lead vocals for the track, “Something's Comin’ My Way”, written by Dan Manjovi for 2009, The Precious movie soundtrack.

Hightower is also involved in social activities. She is a board member of the New York Women’s Foundation and also the member of Ronald Perlman’s Women’s Heart Health Advisory Council.

The Actress and socialite, Grace Hightower is a married woman. She married an American actor Robert De Niro. Grace met him in 1987, when she worked at Mr.Chow, an upscale London Chinese restaurant and celebrity hangout.

After some years of marriage, the couple's relationship took a different turn as they filed for divorce in 1999. However, they worked on their marital relationship, and soon they discarded the divorce in 2004.

In 2011, the couple decided to have another child via Surrogate. The second child, a daughter, Helen Grace, now lives in New York along with her parents and siblings.

Grace Hightower earned huge fame through her profession. She is also famous as the wife of renowned  American actor Robert De Niro. Hightower has an estimated net worth around $16 million.

Grace Hightower. an actress and singer married an American actor Robert De Niro.They once filed for divorce but later it was discarded.

Elliot is the first child of, the famous Actress and singer Grace Hightower and American actor Robert De Niro.

Helen Grace is the second child( Via Surrogate), of actress and singer Grace Hightower and actor Robert De Niro.