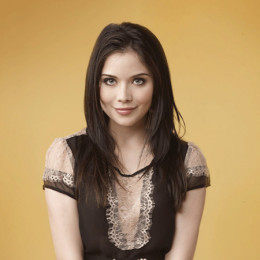 An American actress and singer who is better known for her roles as April Young on The Vampire Diaries and Amy on The Nine Lives of Chloe King. She completed her graduation from Robert E. Lee High School. After graduation she headed to Los Angeles in order to pursue her career in acting. She debuted in film industry in role of Bee in the remake of 2011 horror film, Fright Night. She has also starred in the role of Lela in the Disney Channel Original Movie Teen Beach Movie.

Young actress has not married yet. After gaining so much popularity she has still managed to keep her private life away from grasp of media. She has not disclosed any information regarding her relationship with anyone. Though her name was linked with her co-star Garrett Clayton, they both turned down the rumor saying it was false news. Amy be she doesn't want her private life to be flashed in media.