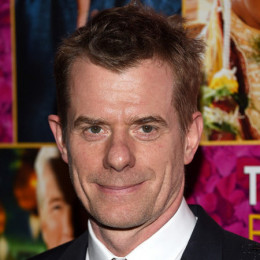 He is one of the U.K.'s most active independent producers widely known as co-founder of Mission Pictures along with Andrew Hauptman and Damien Jones. He is also producer of Millions by Danny Boyle which has been awarded with British Independent Film Award 2005 for Best Screenplay. He has produced more than 11 movies, some of them are In Bruges (2008), Seven Psychopaths (2012) and The Best Exotic Marigold Hotel (2011). Along with Pete Czernin he co-founded production company Blueprint Pictures.

Exploring his personal life he has disclosed nothing about his private life. He seems like a type of person who wants to keep his private life away from media. No one knows if he is married or not. Who he is dating? Who is he having affair with? Is he married? Are the question which is yet to be discovered. It seems like he is very busy in his film production business due to which he is unable to give attention towards his love life.