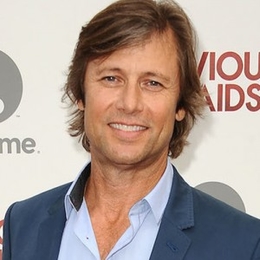 A Daytime Emmy Award Nominee Grant Show is an American actor who currently portrays the main role of tycoon Blake Carrington in the series Dynasty. He is the regular cast of the show since 2017. Similarly, he also appeared as Spence Westmore in the series Devious Maids from 2013−2016.

Grant Show has found the perfect love of his life after his first unsuccessful marriage. Show is currently in a conjugal relationship with his second spouse Katherine LaNasa. His wife, LaNasa, is an American actress popular for her role as Bess Bernstein-Flynn Keats in the TV series Three Sisters. 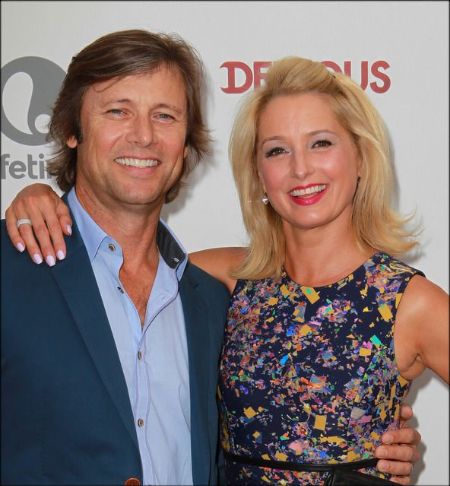 Both of them did not have a good past love life as they were formerly married but divorced. Show was married once, whereas his wife LaNasa was married twice before meeting each other.

Show and his partner in crime LaNasa met each other for the first time in 2009 on the set of HBO's drama series Big Love. Shortly the duo fell for each other and began dating. When they began dating, they have already moved on from their divorces with the former partners. 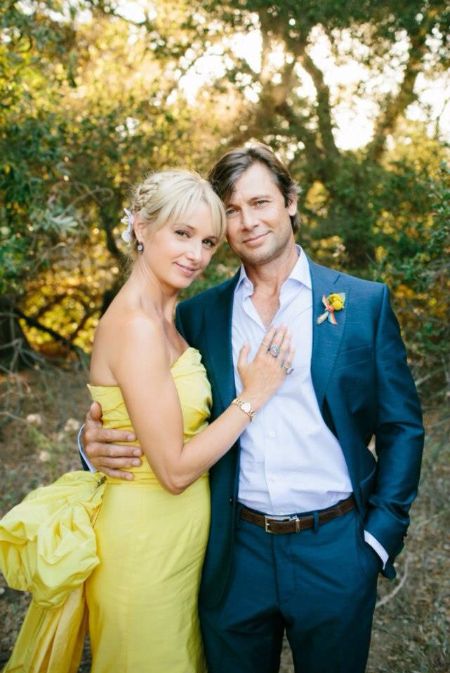 Grant Show and Katherine LaNasa on their wedding SOURCE: Pinterest

After dating for around three years, the lovebirds decided to take their relationship to the next step. Finally, former CSI: Crime Scene Investigation cast and his lover LaNasa engaged in July 2012.

Likewise, after a month of their engagement, the pair exchanged the wedding vows on 18th August 2012, Saturday. They tied the nuptial knot in front of their family members and close friends in Topanga California at The Oak Grove at Ribbit Tree & Plant Nursery. Their wedding reception was held in a closed ceremony. 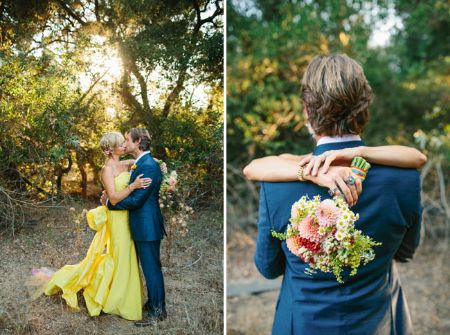 Grant Show and his spouse Katherine LaNasa on their wedding SOURCE: Pinterest

The bride, LaNasa, walked down the aisle wearing Neem Khan gown and Prada shoes. Similarly, the groom, Show, wore a custom suit by Di Stefano Italian Fashion Group. Moreover, the bride and groom exchanged a Solange Azagury-Partridge ring to each other.

The guests who attended the wedlock were served with sweets by Cake Divas. Likewise, the Bright Blue Events provided the flower arrangements whereas the pictures of their nuptials were captured by Marianne Wilson Photography.

In an interview, the newlywed couple, Show and LaNasa, mentioned that they are so happy that they found each other.

Father Of A Child

Former Private Practice cast and her partner in crime, Show share a beautiful child, daughter from their matrimonial relationship. They welcomed their child, Eloise McCue Show on 25th March 2014. Both of them remain busy with their career schedules, but they somehow manage to spend quality time with each other as well as their child. 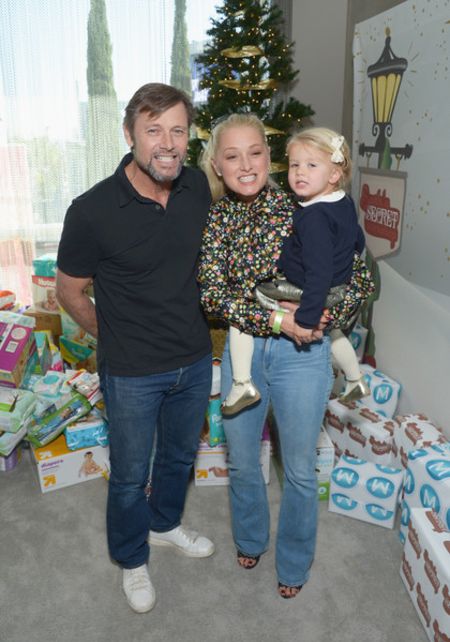 Furthermore, Show and the love of his life, LaNasa often make public appearances together in events and shows. In addition, they also share beautiful pictures of each other on their respective social accounts. Seeing these all, we can say that the duo shares an unbreakable bond.

Divorce With His First Wife

Ryan's Hope cast Grant Show was previously married to Pollyanna McIntosh before tying the knot with his current spouse Katherine LaNasa. His ex-wife Pollyanna is a Scottish American writer. They met for the first time in 2003 while posing together for a Lane Bryant ad. 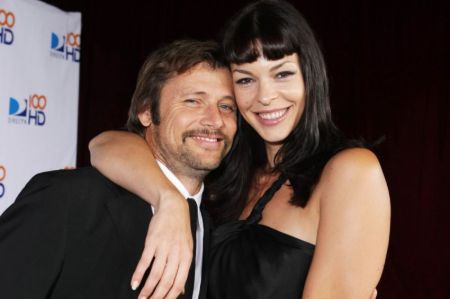 Show and Pollyanna dated for around a year and decided to take their relationship to the next level. Finally, the lovebirds hitched on 17th July 2004. However, their marital relationship did not last long, and they divorced in 2011. They do not share children from their relationship.

His Net worth And House

The 5 feet 10 inches tall 57 years old actor Grant Show is a wealthy actor. He earns a tremendous amount of money from his acting career. Show's net worth is reportedly around $71 million as of 2019.

Since 2017, Show portrays the main role of Blake Carrington in the series Dynasty. For his portrayal, he probably receives a good salary. In the series, he appears along with Elizabeth Gillies, Nathalie Kelley, and others whose net worth is $3 million and $500 thousand, respectively. 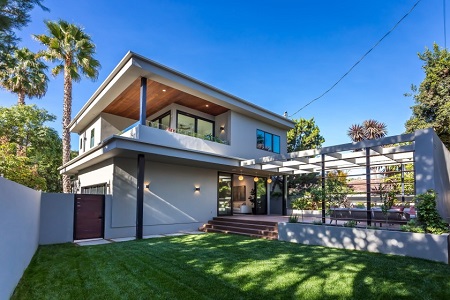 Besides this, his wife, Katherine LaNasa, also summons a decent amount of money from her acting career. LaNasa's net worth is $5 million.

Grant Show and his wife Katherine LaNasa sold their newly built Del Rey house on May 2019 for $2.4 million. They bought the 2700 sq feet property back in 2016 as a teardown. Their two-story house features four bedrooms and 3.5 bathrooms.

An American actor Grant Show married his wife Pollyanna McIntosh on 17th July 2004 but the couple divorced in 2011.

Grant Show married his second wife Katherine LaNasa on 18th August 2012 after the divorce with his first wife.

Eloise McCue Show is the daughter of an actor Grant Show and his wife Katherine LaNasa.