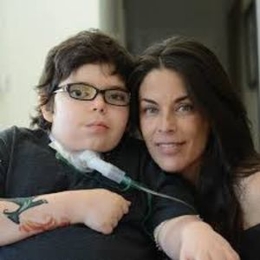 Fans were upset after learning Slade Smiley's son Grayson Smiley was diagnosed with brain cancer. But, before jumping into the context, let's discuss his father, the cast members of the Bravo reality show The Real Housewives of Orange County. Also, who is the biological mother of Grayson Smiley? Keep scrolling till the end.

Grayson Alexander Arroyo-Smiley known as Grayson Smily was born on May 16, 2000. He is the youngest child of reality TV star Slade Smiley and Michelle Arroyo. Aside from Grayson Smiley, the couple also share another child named Gavin Smiley. 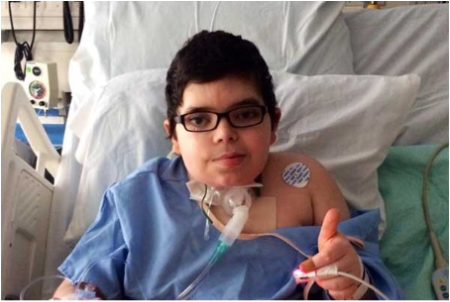 At the time of his birth, Grayson was completely fine and was born absolutely healthy, but things kind of took a sour turn when he reached the age of four. He began showing signs of developmental delays.

By the time Grayson was in kindergarten, his vision got deteriorated significantly. Unfortunately, from May 2006, his health got even worse day by day. He started to sleep talk and vomit whenever he was fed.

Grayson's mom Michelle thought he could have been suffering from stomach flu and rushed him to the hospital for recovery. And, it was only when Michelle took him to the doctors, they decided to take an urgent CT Scan and noticed a mass object in his brain.

A month later, he was diagnosed with Diffuse Fibrillary Astrocytoma, a rare brain tumor that is developed from astrocytoma cells. But, Grayson's tumor couldn't be removed surgically so he needed to undergo multiple chemotherapy treatments.

Parents of Grayson Smiley - Slade Smiley and Gretchen Rossi hosted a fundraising program for Slade's son in November 2011. Not to mention, Slade was unemployed at the time which is why he decided to organize a fundraising event for the Beckstrand Cancer Foundation.

Slade explained his son's diagnosis of brain cancer at the event and how the illness devastated his family emotionally and financially. Besides, Slade also disclosed that their son underwent seven brain surgeries but still didn't receive any cure.

Slade's baby mama, Michelle Arroyo threatened to sue his baby daddy aka Slade Smiley when he failed to pay for child support in 2012. Gretchen verbally assaulted Slade on Hollywood Red Carpet and accused him of being a deadbeat dad.

Also, a bill collector jumped out and shouted at Slade to pay his child support when Slade and his then-girlfriend crossed a red carpet. TMZ reports Slade is reported to have paid his ex-girlfriend $775 monthly. However, he still needed to pay $95,000 to Michelle.