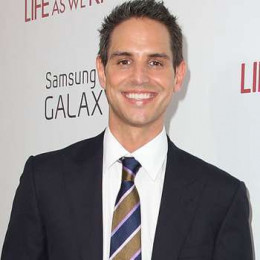 Greg Berlanti is an American television and film director, producer and writer. He is best known for his work on television, Legends of Tomorrow, Political Animals, Arrow, The Flash, Dawson’s Creek and Everwood. He had started his career as a writer and executive producer. He is a writer and producer of the drama Everwood. His father is Eugene Berlanti and his mother is Barbara Moller Berlanti.

The couple has a son via surrogacy and his name is Caleb Berlanti. The couple had welcomed their first child in early 2016.