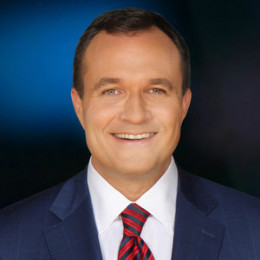 An American broadcast journalist, Greg Kelly is currently single. He graduated from Fordham University with a B.A. in political science. Greg Kelly is the co-host of Good Day New York. He started his career in journalism as an anchor and reporter for News Channel 34, the ABC affiliate in Binghamton, New York. Prior to this, Kelly spent nine years as a fighter pilot in the United States Marine Corps.

Prior to joining Fox News Channel, Kelly was a reporter for New York 1 News, where he covered New York City politics and the September 11th attacks. Greg Kelly was the first television reporter to deliver live pictures of U.S. forces infiltrating Baghdad, as well as exclusive reports of the storming of Saddam Hussein's presidential palace. Greg's relationship status is still unknown for social sites.