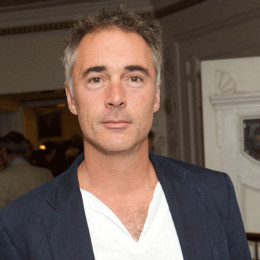 An English actor and producer who is well known for playing the role of John Willoughby in the film, Sense and Sensibilitys. He was born to architect parents. He attended Royal Scottish Academy of Music and Drama where he studied drama. He started his career by working in BBC period dramas named The Moonstone with Keeley Hawes, the Buccaneers. In 1999 he played in another popular drama starring as the role of Marshall in ITV's seven-part drama Wonderful You. He is also the producer of 2010 BBC Masterpiece production "The Song of Lunch".

Exploring his personal life he is happily married man. He is married to his longtime girlfriend whom he met while filming 1995 movie "Sense and Sensibility" where she was co-star of the movie along with him. Together the couple has been blessed with two children including one daughter and a son whom they adopted. Since she was not able to conceive naturally she gave birth to her daughter through IVF treatment.

She is a British actress, comedienne, screenwriter and author who is taken as the one of the greatest British actresses of her generation. She has given birth to one daughter. Together they seem to be very iconic couple.

She is the only daughter of the family. She was born through IVF treatment. She is very beautiful and healthy girl.

He is a Rwandan orphan. He was legally adopted by the couple.