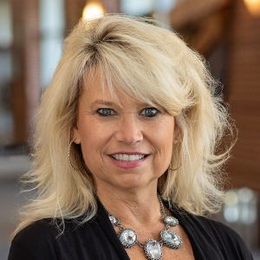 Gretchen Johnson came to prominence only after tying the knot with the popular Gameshow host Richard Dawson. Sadly, her conjugal lasted for only two decades because of her husband's demise in June 2012 due to Oesophagus cancer.

Most of the 80s Family Feud viewers must be familiar with the funniest and charming host Richard Dawson. But little do anyone know about his second wife. So, let's shed light upon his beloved beautiful wife, Gretchen Johnson. 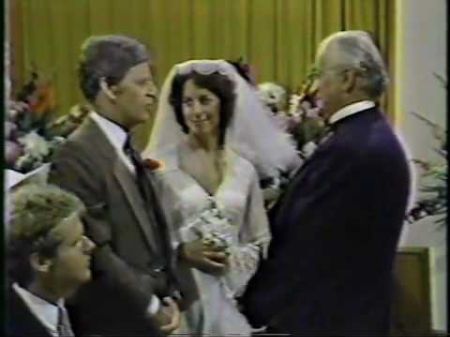 Well, Gretchen Johnson walked down the aisle with her boyfriend turned husband Richard Dawson in 1991 at their intimate ceremony. The lovebirds met for the first time during the episode of Family Feud back in 1981. There 26 years old Gretchen participated with her family as a contestant and instantly caught Richard's eye.

Moreover, it was love at first sight for the host. At the end of the show, Richard went to ask her phone number & even got it. Then the duo began to know each other & eventually romance was sparked. Dawson also invited her to an in-house dinner party, which both enjoyed a lot. The lovebirds had a seriously intimate relationship & welcomed a baby girl Shannon Nicole Dawson in 1990, a year before their nuptial. 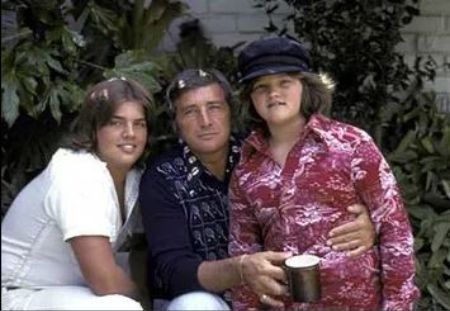 Unfortunately, Gretenchen's married life came to an end with the demise of her husband at the age of 79. Until 61 years of age, Richard smoked 4 packs of cigarettes a day which caused him esophagus cancer. Due to complications of cancer, Dawson lost his life at the Ronald Raegan UCLA Medical Center On 7 June 2012.

Richard Dawson previously dated the blonde British actress & model Diana Dors whom he met at the film studio. After living together for several years, the two tied the knot on 12 April 1959 in New York. They went on to welcome two sons Mark Dawson in 1960 and Gary Dawson, in 1962.

But, Diana filed for divorce against Richard after having a serious problem in their marriage. Soon the divorce was finalized in 1966, and they both parted ways. Richard moved on with his second wife, Gretchen Johnson, in 1991, whereas Diana exchanged vows with Alan Lake in 1968. Following the separation, Richard took full custody of both kids. Sadly on 4 May 1984, Diana passed away due to ovarian cancer at the age of 52.

What is the Net Worth of Gretchen Johnson?

Gretchen Johnson only came to the limelight after being romantically linked to Richard Dawson. Throughout her life, Johnson didn't get much media attention and always remained low-key. Therefore, very little regarding her profession and networth is learned. But being a spouse of a rich celebrity, the beautiful woman didn't have to worry about money.

Check out the video of Richard Dawson hosting a Family Feud Show below.

According to Celebrity Net Worth, the late husband of Gretchen, Richard Dawson, amassed more than $100,000. Most of his fortune was collected as a host of numerous hit shows like ABC's Family Feud, Match Game, Rowan & Martin's Laugh-In, and The Running Man with Arnold Schwarzenegger. His career was at its peak from 1973 to 1981.

Speaking about Gretchen's current relationship status, Johnson rarely makes any public appearance after the death of her husband. Moreover, she isn't active on any social media platforms, hinting at her personal life. Therefore, it's not learned if Gretchen chose to live as a single mother or moved on with a new partner.

Gretchen Johnson walked down the aisle with her boyfriend turned husband, Richard Johnson, in 1991. But her married life came to an end with Richard's death due to oesophagus cancer in 2012.