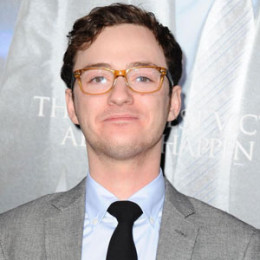 Griffin Newman is an American stand up comedian and actor who is popularly known for his role of Arthur in the series, "The Tick". His debut in the entertainment industry happened in 2006 from a movie named "The Treatment". He first started off as a stand-up comedian at a small age of 10 and his growing popularity led him to cast in movies and Television series later on. Newman is known for his movies "Draft", "Baker in Brooklyn", "Fort Tilden" where he showed his versatility and strong acting delivery.

Griffin Newman was born Griffin Claude Beresford Dauphin Newman on February 19, 1989, in New York City, United States. His mother Antonia Dauphin was a casting director while his father was a film producer. It can't be wrong to say his passion for acting came from his family as his maternal grandfather Claude Dauphin was a French actor. Newman grew up in Manhattan where he schooled at Saint Ann's School. 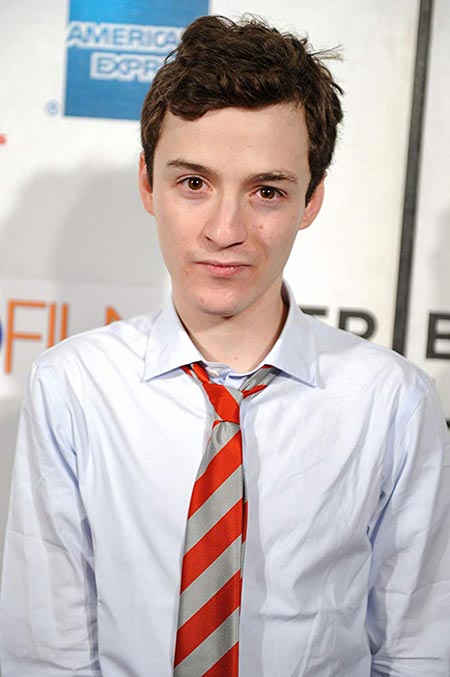 At an early age, he started performing comedy skits for his family and friends. When he turned 10 he joined the Kidsncomedy program which was run by Jo Ann Grossman where he started performing stand up comedy. His style of comedy was based mostly on political stuff which he wrote with a helping hand of his father.

After his comedy career took off he was approached by many filmmakers to act in their movies but his parents didn't want him to involve in the acting world. Later on, he enrolled at California Institute of the Arts in 2007 to learn filmmaking but had to drop out of the college after only seven months to focus on his career in acting and comedy.

Griffin Newman is professionally an actor and comedian who debuted in the entertainment industry in 2006 from a movie named The Treatment where he portrayed Scott. The following year he was cast in two Television movies namely Possible Side Effects and A NY Thing. After his debut, his performances were loved by everyone and he started getting more offers as time went by. 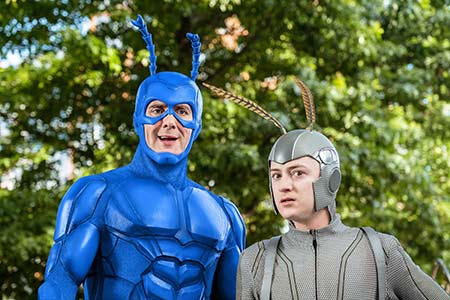 Griffin Newman as Arthur in the series, The Tick.
Source: The Nerd Element

He was cast in movies like Draft, Naomi and Ely's No Kiss List, Baker in Brooklyn, Fort Tilden and so on which showed his versatility and talent. Newman appeared in an episode of some series like Law & Order: Special Victims Unit, Taxi Brooklyn, Graceland, Difficult People.

In the 2017 web television series, The Tick he played the role of Arthur Everest and till now has appeared in 12. In the 2018 series Our Cartoon President, he voices Jared Kushner. Newman is set to star in the 2018 movie A Rainy Day in the New York.

Griffin Newman is estimated to have a net worth of $700,000 according to networthpost.org. He earns his income from his career as an actor and comedian. The average salary of an actor in the United States is $10.84 hr.

Griffin Newman is not in a relationship with anyone at the moment. There are rumors about his marriage but it's all in fantasy. He is not married and there are no details about his former relationships. Newman is a private person who keeps his personal life away from the media but doesn't forget to take his stand on some issues.

Newman regretted working with Woody Allen in his upcoming movie as he feels he has sexually abused his own adopted daughter Dylan Farrow when she was a kid. Still knowing the fact he accepted the offer since it was just the start of his career at that time and he didn't want to attract enemies so earlier on. Since he was regretting his decision he decided to donate his whole salary to Rape, Abuse and Incest National Network (RAINN) and said he will never put his career ahead of his moral values.