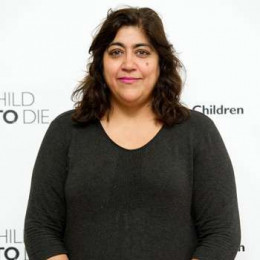 Gurinder Chadha is one of the most famous English Film directors of the Indian Bollywood Film industry. Most of her films explore the lives of Indians Living in England.Her family was a part of the Indian diaspora in East Africa. They moved to the south hall, West London when she was two years of age where she attended Clifton Primary School. After starting her media career in radio in the mid-1980's, Chadha moved to into television as a BBC news reporter. She went on to direct award-winning documentaries for the British Film Institute, BBC, and Channel Four. In 1990, Chadha set up a production company, Umbi Films. Chadha is currently collaborating with composition A. R. Rahman and lyricist Stephen Schwartz on Dreamworks Animation's first musical set in India.

Gurinder Chadha is in marital relation with Paul Mayeda Berges since mid-nineties. He also belongs to the same profession. They are bonded by marriage as well as writing partnership.The much in love couple have worked together in many films. Collaborating with his partner he has written six award-winning films that have critical and box office successes. Other collaboration with Chadha includes 'What's cooking', 'Bridge and Prejudice', 'Its a wonderful Afterlife' and so on.

Berges officially met his wife in March 1994, while he was working as a Festival Director at the San Francisco 'Asian American International Film Festival. But they has also briefly met in September 1993. Chadha is eight years older than Berges. They married in the 1995 and have twins together.

On 2007 June 7 Gurinder Chadha gave birth to twins. Ronak is the boy they welcomed.

She is the daughter of Gurinder Chadha and Ronak Berges. She is one among the twin that Gurinder gave birth to on June 7, 2007.