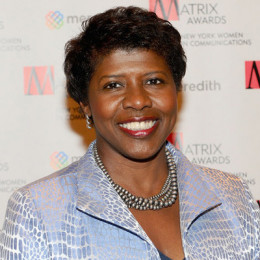 Gwen Ifill was a Peabody Award-winning journalist. She was a television newscaster, author, and the first Afro-American woman to host a nationally televised U.S. public affairs program with Washington Week in Review. She died at the age of 61.

Ifill was born on September 29, 1955, in New York City, New York, U.S. An American by nationality, she was of Afro-American ethnicity. Born in the Queens neighborhood of Jamaica, she was the fifth child born to Eleanor Ifill and (Oliver) Urcille Ifill, Sr.

Ifill’s father was an African Methodist Episcopal minister. Her father was of Panamanian descent, emigrated from Panama and her mother was from Barbados. Her father’s work made her move in several cities.

Ifill lived in Pennsylvania and Massachusetts during her childhood days and moved to New England and on the Eastern Board during her youth days.

Ifill completed her college degree from Simmons College, a women’s college in Boston, Massachusetts. She graduated from the college with a Bachelor of Arts in communications in 1977.

Ifill started her career in Boston Herald-American as a reporter. She worked for the Baltimore Evening Sun from 1981-1984 and moved to The Washington Post in 1984. She worked there for seven years.

In 1991, she was hired by The New York Times, where she covered The White House. She worked there for three years. She made her television debut in 1994 working as a Capitol Hill reporter for NBC network. She also worked as co-anchor and co-managing editor of the PBS NewsHour.

Ifill has never been married and had no children. She was a devoted reader during her free time. Besides, she has also been a prestigious member of Harvard University's Institute of Politics. She attended Metropolitan African Episcopal Church for 27 years, as she was very close to her large family.

Ifill has supported and mentored young journalists and socialized with Washington luminaries and colleagues. She was honored with the Lifetime Achievement Award from the Women’s Media Center held at the Women’s Media Awards ceremony.

Ifill died on November 14, 2016, at Washington D.C. She spent her last days with her family and friends at a Washington D.C. hospice. The cause of death was breast and endometrial cancer.

Former President, Barack Obama expressed his condolence to Ifill family saying he always appreciated her reporting and was at the receiving end of one of her tough interviews. Paul Ryan, Speaker of the House also expresses his condolence describing her as an incredibly talented and respected journalist.

Her funeral was attended by thousands of mourners including Michelle Obama at Metropolitan African Methodist Episcopal Church in Washington, D.C.