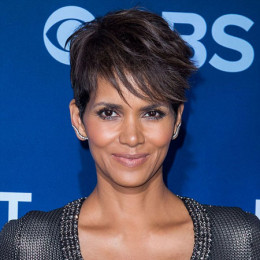 An American actress and former fashion model who is first African-American woman to win the Academy Award for Best Actress for her leading role in the 2001 film Monster's Ball. She is daughter to Judith Ann and Jerome Jesse Berry. She completed her graduation from Bedford High School where she was a cheerleader. In 1980 she won Miss Teen All American and followed by 1985 she again won Miss Ohio USA. later she moved to Chicago to pursue a career in modeling. She started her career by starring in short-lived ABC television series Living Dolls. In 1991 she got small role in movie named Jungle Fever. She gained more popularity after she starred as Storm in X-Men sequels. Cloud Atlas (2012), the crime thriller The Call (2013) are some of other popular movies she has starred on. She has been featured as the face of Revlon cosmetics and Versace. In 2000 she was awarded with Golden Globe award for Best Actress of the Year for her role in Introducing Dorothy Dandridge.

She was all over headlines after she revealed that one of her abusive boyfriend punctured her air which resulted in eighty percent loss of her hearing in her left ear. Talking about her personal life she is married woman. Her marital life has not been as successful as her career. She has married three times. Her first marriage with baseball player which ended in divorce. Secondly she married singer-songwriter but their relationship ended in divorce too. She has one daughter from her relationship with model boyfriend. Beside that she is mother of one son from her third marriage.

He is a former American baseball outfielder. They got divorced after four years of marriage relationship. She got depressed and even thought of suicide after the divorce.

After dating two years they got divorced. After she found her husband was cheating her and was having sex addiction, she divorced him.

After meeting each other at set of film "Dark Tides." they fall in love with each other. After that couple were spotted getting cozy all over Europe. Together they are parents of one baby boy.

She is the eldest daughter from her model boyfriend. Currently both of them are taking joint custody of her.

He is her son from her third marriage. He is very adorable kid.