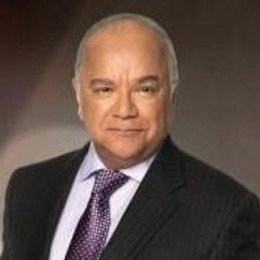 One of the famous reporter, Hampton Pearson is CNBC's reporter covering economic, financial and political news from the nation's capital. In 2004, Pearson was nominated for a Business News Emmy Award by the National Academy of Television Arts and Sciences, for a series of reports on medical device technology. Prior to joining CNBC, Pearson was chief political reporter for WBZ-TV in Boston from 1987 to 1995, covering local, state and national politics, as well as world events.

Hamoton being a famous journalist has not revealed any information about his family life and his love affairs. It is found from the source that he has been married, but details about his wife and his children i snot disclosed to the media. Being a media personality, he loves to keep his private things into the shadow from the media. We can follow him on Twitter @ HamptonCNBC.