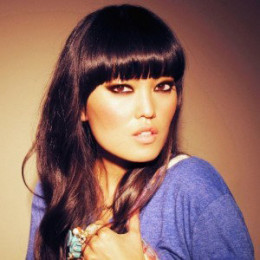 An American actress, model, comedian, and fashion designer moreover popular for playing Lilly Okanakurama in 2012 film Pitch Perfect, Hana Mae Lee is currently single. She graduated from Granada Hills Charter High School. Hana began her modeling career at the age of sixteen. Lee has acted in campaigns for Honda, Jeep, Apple Inc., Nokia, Sebastian, American Express and so on. There is no information about her parents in social sites.

Hana Mae Lee debt in TV as a guest starring on Mike & Molly, it has followed by an appearance on Workaholics. Hana has a role as Lilly Okanakamura in Pitch Perfect, she has nominated for a "scene stealer" award at the Teen Choice Awards in 2013.There is no information about her affairs in social sites. Hana has shot with the worlds top photographers such as Ellen Von Unwerth and so on.