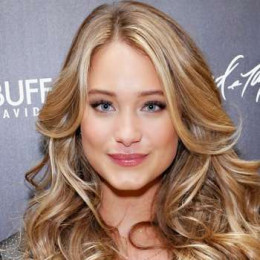 She is a fashion model, best known for her appearance in 2013, 2014 and 2015 Sports Illustrated Swimsuit Issues and was featured on the cover of the 2015 edition. Till now, she has modeled for Victoria's Secret, Levi's, American Eagle Outfitters, Tommy Hilfiger and has appeared on the cover for Italian 'D' Magazine in 2006. She is the proud daughter of of Deborah L. "Debi" and Conn Jay Davis, Sr.

Moving on to her personal life, she is yet unmarried but currently is in a serious relationship with her fiance. She got engaged to her long time dated boyfriend who is a Yankees player, in Oct 2015. Though the two are in a relationship from a long time, they don't have any child yet. They probably are waiting for the perfect time to make it happen. Previously, she had dated two men.