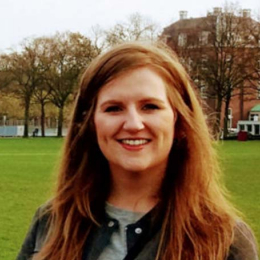 If you are a child of a Famous Hollywood actor, there is a great chance for you to make a name in the entertainment industry. In a similar manner, Hannah caught the limelight just after her birth as a celebrity kid of American actor Mel Gibson. She is a popular makeup artist and she worked along with her father in movies like The Patriot and What Women Want.

Personal Life of Hannah Gibson; Is she Married?

Hannah Gibson is currently married to the Blue rock guitarist and singer Kenny Wayne Shepherd. The duo is in a healthy relationship and is about to celebrate their thirteen years of marital relationship, this coming September.

The pair dated for a couple of years and finally decided to exchange the wedding vows on 16 September of 2006. Their wedding was a traditional Catholic ceremony served in Latin at the Holy Family Catholic Church in Agoura Hills.

I usually keep my private life private but I have to mention that 10 years ago today I married the love of my life, Hannah. We are celebrating 10 wonderful years of marriage and looking forward to decades more!

The duo is a proud parent of three children; they first welcomed their child, a daughter in October of 2007, second son in 2009 and third son born in March 2011. The couple wants to keep their children out of media limelight, therefore, they do not share any information regarding their children in front of the media.

What Women Want' cast and her spouse, Kenny Wayne are united as life partners for nearly fourteen years. Till today, neither of the pair has been engaged in extramarital affairs or divorce rumors.

Hannah most recently attended Mahindra Blue Fest with her spouse on February 9, 2020. They took a photo on Instagram holding one another tight in their arms captioning,"The Mrs and I backstage after my show".

The starlet is currently out of any dating rumors and controversies as of now. The Shepherd family is living sound life and it seems like the duo share a solid bond as there is no sign of disputes. Besides, Gibson is a private person and prefers to keep information regarding her early life within herself.

What is the Net Worth of Hannah Gibson?

Hannah Gibson holds an estimated net worth of $300,000. She is a makeup artist and helped herself to gather that fortune with her profession. Moreover, the average salary of a makeup artist is $60,970 per year.

Gibson worked in many movies and Hollywood stars throughout her career. Her first Hollywood venture was The Patriot in 2000 for which she received several acclimations. Her most recent project as a makeup artist was in 2014 in the television series named Toisen Kansas, what's more? she also worked as an actress in that film for two episodes.

The Hollywood makeup artist is less spotted in media but her husband is often seen in streets with various cars. He is a passionate car collector and owns many cars including a white-colored Dodge demon which has a market price of $89,995. As a car lover, he goes in many auctions and loves to please his eyes with good cars.

Hannah Gibson is currently married to the Blue rock guitarist and singer Kenny Wayne Shepherd. The duo is in a healthy relationship and is about to celebrate their thirteen years of marital relationship, this coming September.