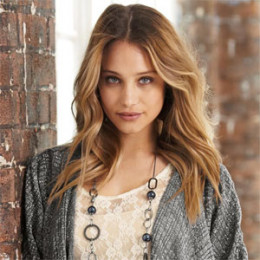 American fashion model, Hannah Davis is the daughter of Deborah L. "Debi" (Behm) and Conn Jay Davis, Sr. She has modeled for Victoria's Secret as well as American Eagle Outfitters, Tommy Hilfiger, and Levi's. In 2015, Hannah had a minor role in the comedy film 'Vacation', as a flirtatious young woman driving a red Ferrari. In 2015, she worked as the host of 'Project Runway: Junior'.

Hannah Davis married Derek Jeter, a former professional baseball shortstop who played 20 seasons in Major League Baseball for the New York Yankees. The couple wedded on 9th July 2016. Davis is widely known for her appearances in the Sports Illustrated Swimsuit Issue, including the cover of the 2015 edition. She has played tennis since the age of 8 and was the champion on the Caribbean National tennis team and played on the Caribbean Tennis Circuit.

Hannah Davis has been married to Derek Jeter, a former professional baseball shortstop for the New York Yankees since 9th July 2016.