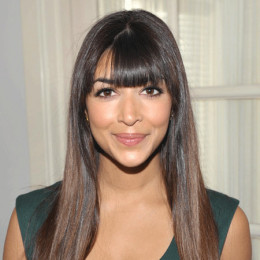 She is a fashion model, television host and actress, best known for playing on the Fox sitcom "New Girl", as Cece Parekh and as a VJ for MuchMusic in Canada. She studied and majored in International Relations and Political Science from the University of British Columbia. She was born to an English mother of Greek, Italian and German descent and a British Indian father.

Accounting her personal life, till now she hasn't been married to anyone and also does not have any kids. Being so popular and charming, she might have been through lots of romantic dates and heart cracking breakups but there is no record of her affairs till date. She has stayed low profile when it comes to her relationship status. It's just an assumption of her being single these days.