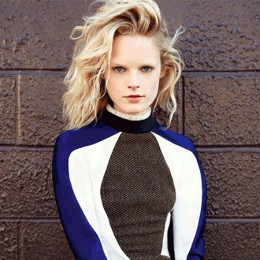 A Belgian model who is better known as runway model for the Rodarte, Thakoon and Marc fashion lines. She started her career in 2005 after she was signed by Supreme Management in New York City. In 2006 she appeared in editorials for Vogue. She was also featured as the face of designer Alberta Ferretti's Philosophy collection. During her modelling career she has done modelling for popular magazines like Vogue Italia, Marie Claire, Teen Vogue, and Elle.

In 2006 she was involved in serious car accident due to which she broke her legs and had multiple surgeries. She recovered after two years and after months of intense physical therapy she was again able to carry out her career as runway model. Talking about her relationship status she has not married yet but she is in long-term relationship with her boyfriend. They live together in same apartment.